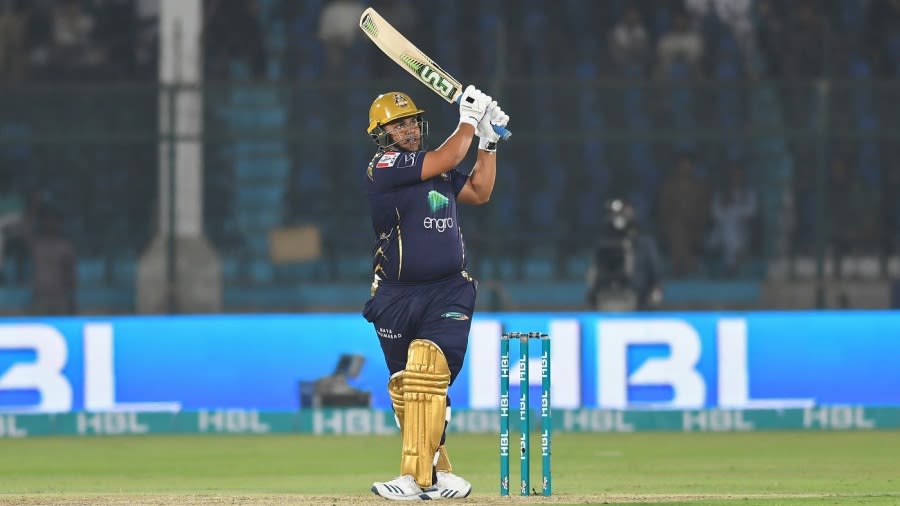 Azam Khan, the son of former cricketer Moin Khan, says he will be free of pressure whilst playing for Islamabad United in the seventh edition of the Pakistan Super League (PSL 7).

The batsman, who has been featuring Quetta Gladiators since the last two seasons, was transferred to United this time. As Azam's father is the coach of the Purple Force, he was under immense criticism for being selected, despite being overweight, due to his father's relations with the board.

Talking about his fitness, the young wicketkeeping batter stated that he has been working hard to improve that. Also, the team's skipper Shadab Khan has felt a change in Azam's fitness level saying the youngster will soon be amongst the best.

"People used to call me PARCHI because my father was the head coach of the side, but now I am picked by a different franchise, under a different coaching staff, this is a new experience for me and I'll surely be free from that added pressure," he said ahead of the PSL

"It is a big opportunity for me, I am playing for Islamabad United as a local wicket-keeper batter and this will provide me a chance to exhibit my talent," he said.

Notably, the PSL 7 is set to kick-start on 27th January with the opening match scheduled between Karachi Kings and Multan Sultans. Gladiators will play their first match on 28th January versus Peshawar Zalmi.

Mohammad Hasnain might be suspended from bowling in domestic, international