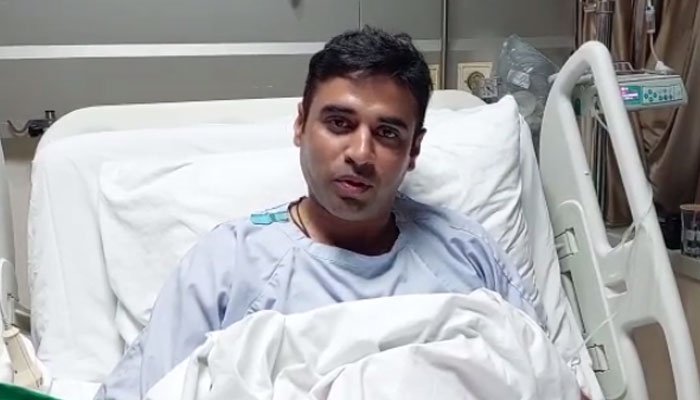 Pakistan's Test cricketer, Abid Ali was diagnosed with acute coronary syndrome yesterday as the Pakistan Cricket Board (PCB) confirmed in its releases.

Whilst playing on 61 for Central Punjab vs Khyber Pakhtunkhwa on Tuesday, Abid complained of severe chest pain and was shifted to hospital by the CP's medical team after multiple complains.

Although the board's Tuesday's statements said that the player is in stable condition but his medical reports are now sent to the foreign sports cardiologist to decide on his cricketing future.

The board also released Abid's video in which the player asked his fans to pray for a speedy recovery and told them he is much better than before.

Currently, he is under the extreme care of expert cardiologists and any necessary details will be shared by the board in a short course.

Since Abid made his Test debut for Pakistan, he has been the leading run-scorer since 2019. The opener is the fifth-highest test run-scorer in the world in 2021 with 695 runs in nine Tests at an astonishing average of 48.87, including a double-hundred against Zimbabwe.