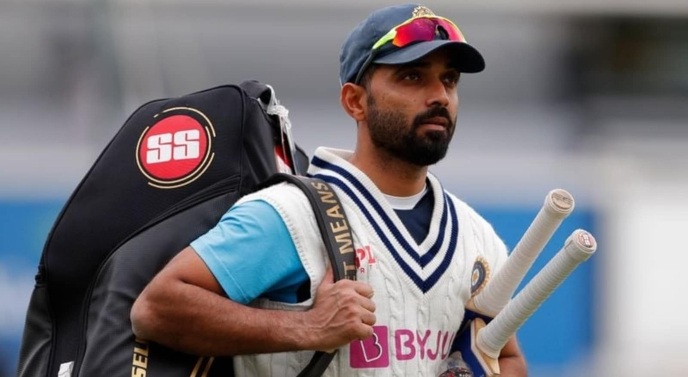 Many things are witnessed changing at a very fast pace in Indian cricket over the last few months. From Virat Kohli's retirement as a T20I captain to Rohit Sharma's appointment as the limited-overs format skipper, a lot has been taking place.

One of the recent developments has been naming KL Rahul as the red-ball vice-captain for the upcoming South Africa series as newly announced Kohli's deputy, Rohit Sharma is ruled out of the series following his hamstring injury.

Sharma was chosen in place of Ajinkya Rahane who has been struggling to get in form over the last few tests. His average for the last 16 tests does not even surpass 30 as he added two fifties and a hundred. Rendering some unacceptable performances, Ajinkya looked no more eligible for the post to the Board of Control of Cricket in India (BCCI).

Recently, he captained India vs New Zealand series after Kohli opted to rest for the first test. However, the 33-year old returned in the second test, but Rahane was named skipper for the two-match Test series.

From leading as a captain to losing his deputy post too with Rahul being a new preference, there are chances he may soon lose his playing spot in the team. Also, it is stated that Rahane might be striving to make it to the playing XI for Ind vs SA Tests.