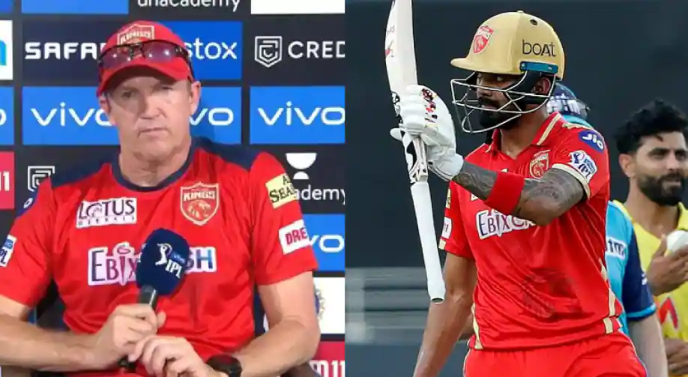 After the Punjab Kings (PBKS) have released their potent batter, KL Rahul, ahead of the IPL 2022 auction, one of the two new IPL franchises, Lucknow are likely to opt for Rahul as their skipper.

The 29-year old played under the assistant coaching of Andy Flower during IPL 2021. As the pro coach is no more part of the PBKS, the newly launched Lucknow franchise revealed Flower as its head coach for the league's fifteenth season. The Rahul-Andy duo will reunite once again owning earlier delights of sharing the field.

According to news, the franchise is in contact with Rahul proffering him the captainship for IPL 2022.

The mega-news was unveiled by the team after the Board of Control of Cricket in India (BCCI) granted the permission. Notably, it was disallowed to leak the team information through any medium.

In the recent developments, the Lucknow franchise also confirmed Gautam Gambhir as the mentor. The management believes he can be the best option to groom up the guys following his venture of two IPL trophies as the Knight Riders' skipper and owning blissful stats.

It is pertinent to mention that IPL 2022 auction is likely to take place during the first week of January and the two new IPL franchises, Ahmedabad and Lucknow, are open to picking any three players released by the other eight teams to form their respective squads.

Guatam Gambhir will mentor the Lucknow franchise in the IPL 2022