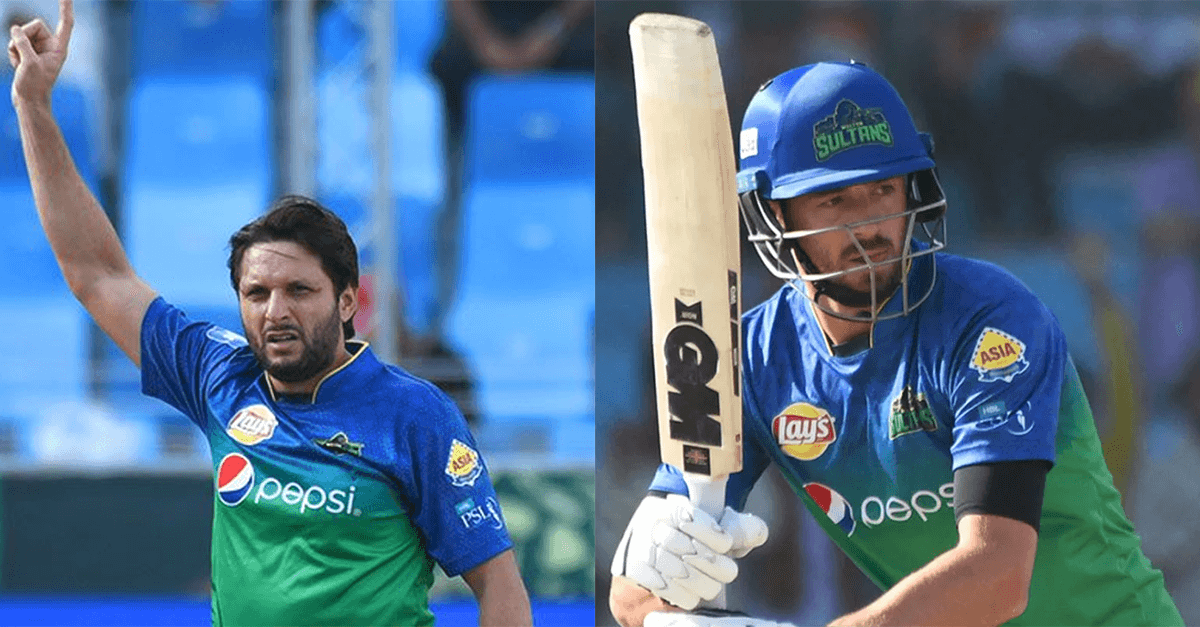 Shahid Afridi, a former captain of Pakistan, and England's James Vince will play for Quetta Gladiators in the seventh season of the Pakistan Super League (PSL). PSL 7's draft will see defending champions Multan Sultans trading their players to Sarfaraz Ahmed-led Quetta Gladiators. As a result, the Sultans will now have more Gladiators picks in the December 12 PSL Draft.
A maximum of eight players from the last event will be retained by franchises. Transfers and retention will close on December 10. Afridi has repeatedly expressed his desire to play for Quetta Gladiators in his last PSL season as a player, and now his wish has been granted. Alamgir Tareen, the owner of the Sultans, wanted Afridi to play for his team, but Nadeem Omer, the owner of the Gladiators, had repeatedly insisted on having Afridi's services. Last year, Afridi played four matches for Sultans, taking two wickets and scoring three runs. Vince, on the other hand, played five matches in Karachi and scored 174 runs. Both players were unavailable for the Abu Dhabi leg in June. Andy Flower, Sultans' head coach, is also coming to Pakistan and will take part in the draft in Lahore.