It is finally the big day - the final of the ICC T20 World Cup 2021 is set to take place at the Dubai International Stadium as the lookouts cheer for their favorite sides.

Kane Williamson's New Zealand and Aaron Finch's Australia will battle to clinch their maiden T20 World Cup title and of course, the best among them will lift the trophy. However, David Warner, who is one of the strongest Aussies' batting line-up chap, believes that both of them will win.

His statement came in the enlightenment of the post that the Sun Risers Hyderabad (SRH), one of the Indian Premier League (IPL) franchises, added, regarding the tournament's final.

One of the Instagram users, following the fact that Kane and Warner play for the Orange Army, commented the game will be unpredictable. Warner made the user's day commenting in reply that,

We will both be winners. 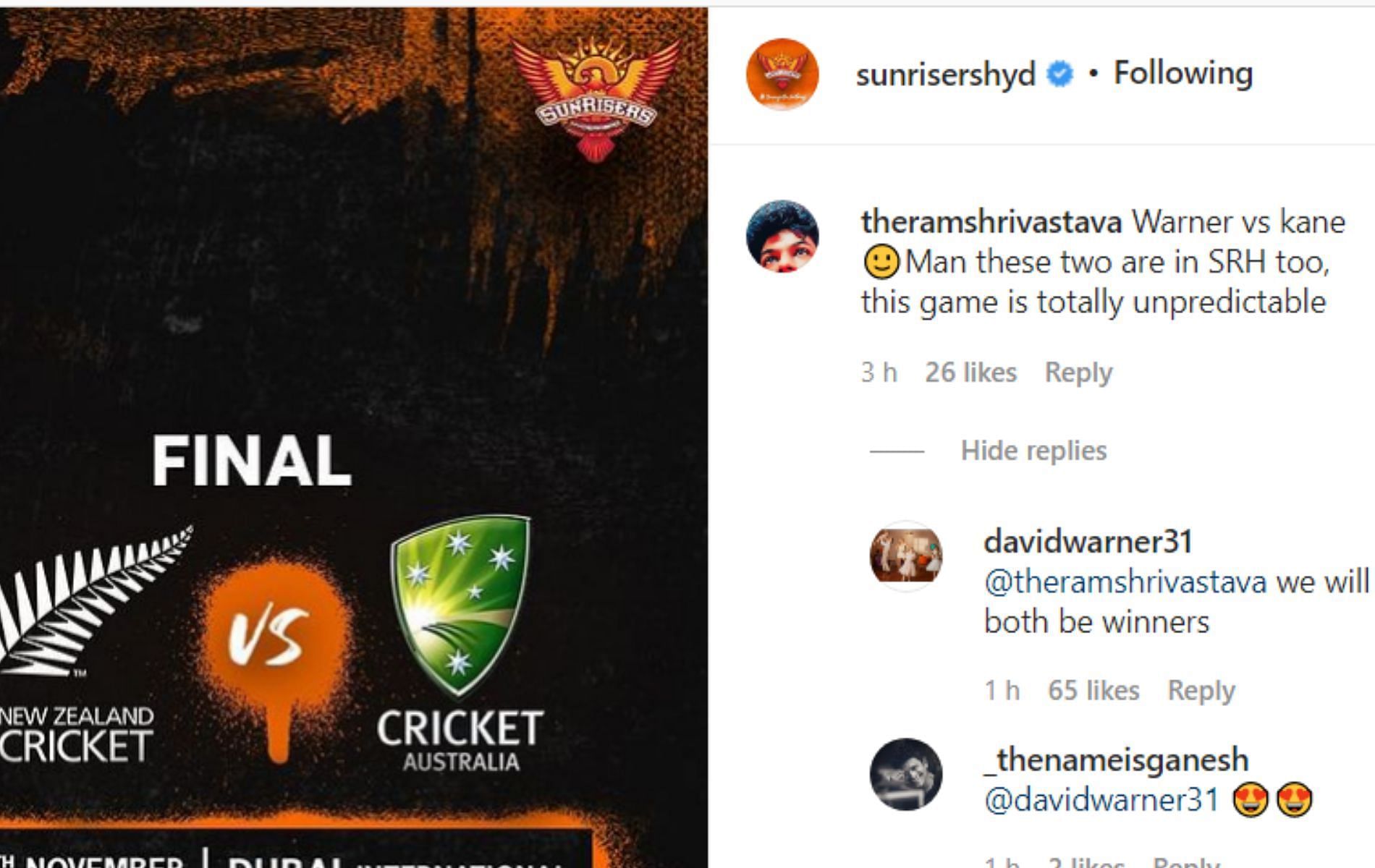 Notably, it is the first time New Zealand have reached the final of the T20 World Cup. Despite the fact, it counts their hat-trick for appearing in the ICC finals following their match vs England in the ODI World Cup 2019, triumph versus India in the ICC World Test Championship, and now Aus vs NZ T20 WC Final.

On the other hand, Australia, although reached the final once, but are seeking to clinch the maiden T20 WC trophy just like the Black Caps.