Ravi Shastri proud of himself as a coach 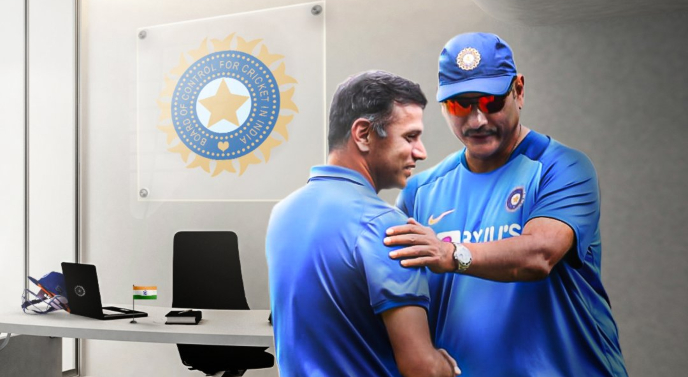 Ravi Shastri, who is underway his last task as the head coach of the India Cricket Team, opening up on his campaign, says he wanted to make a difference for the men in blue and feels that he has.

Shastri's era comes to an end as India are playing their final and vain game of the Super 12s, Ind vs Nam, as both teams will prepare to fly their homes after the encounter.

There are emotions around every corner, and tears filled in the eyes of cricket fans on bidding farewell to the cricket greats of India as not only Shastri but Virat Kohli will be down and dusted with his T20I captainship after the ongoing Ind vs Nam match. Before the event started, Kohli announced it will be his final assignment as a captain, and he will only play as a player in the format.

While speaking to media, Shastri added,

"When I took the job of being Head Coach of Team India, I said to myself that I want to make a difference, and I think I've made".

Notably, India were thrashed away in their first two matches of the T20 World cup against Pakistan and New Zealand. From the point, their chances to be in the semifinal looked dull, but after they won it big vs Afghanistan, Scotland, there were some hopes following their dependency on NZ loss or win against AFG. Their hopes were shattered by NZ in the scenario-based match vs AFG as the Black Caps qualified for the semifinal.

India kick-started their T20 World Cup campaign stepping in the warm-up games two days after the Indian Premier League (IPL 2021) ended. Shastri feels a long gap in between might have made a difference for them.

"We would've liked a bigger gap between the IPL and the T20 World Cup".

Out of 10, how would you rate Ravi Shastri's performance as India's head coach? 🤔