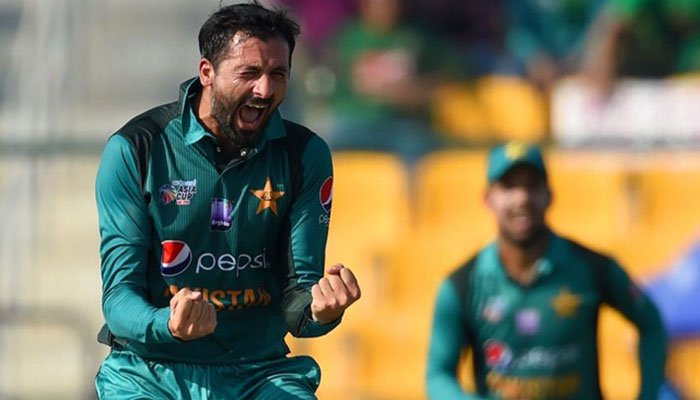 Pakistan's left-arm fast bowler, Junaid Khan has departed to England on Friday for some 'serious' matter and has asked his fans to pray for positive outcomes.

The lookouts suspect that the bowler, who has been nowhere around the team for the last many years, has applied for US Club cricket. Notably, he is not the first Pakistani player to do so as many, on seeing their bread and butter diminishing, have left the nation to play cricket and earn from it.

Off to England for some personal reasons. Keep me in your prayers.

Off to England for some personal reasons. Keep me in your prayers. pic.twitter.com/s85qUHVteN

The first Swabi cricketer to qualify for playing Pakistan National Cricket last played his last ODI in May 2019, the last T20I in March 2014, and last Test in June 2015.

He was left unselected for ICC ODI World Cup 2019 as he posted his photo with tape on his mouth. Then, expressing his disappointment, he wrote,

“I don't want to say anything. Truth is bitter. (Sach karwa hotha hai).”

Whenever the players have posted such posts, months later, they have been seen playing US cricket. Sami Aslam was the recent disheartened Pakistani to fly for US. Apart from Pakistan, Umukt Chand of India is the recent-most candidate with a similar case. He has become the first Indian player to participate in Australia's Big Bash League.