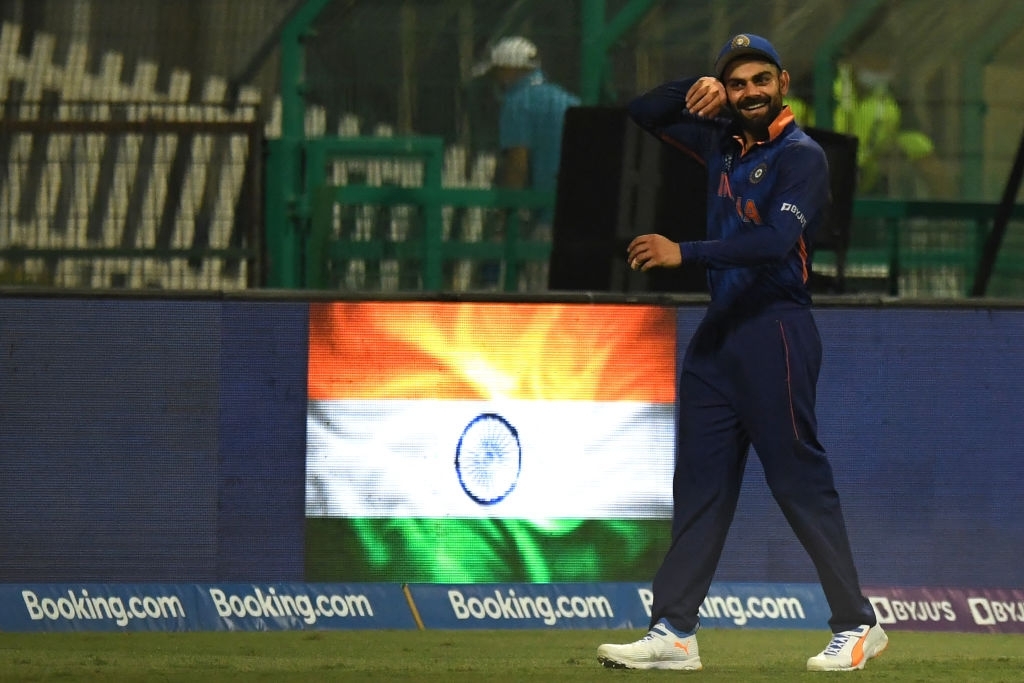 The lookouts smell fixing from the India-Afghanistan clash as the men in blue, following their horrendous form this T20 World Cup, yielded a wide-margined 66-run victory over Mohammad Nabi and co.

Kicking off their T20 World Cup campaign, Virat Kohli and co were overpowered by Pakistanis as Babar and co thumbed up a 10-wicket victory. Later, they were handed over an 8-wicket defeat by Kane Williamson's New Zealand.

In order to lift up their negative NRR, they needed to win the next game versus Afghanistan by 63 or more runs. Ironically, team India did it by 66 runs and are placed fourth at the points table. Visibly, there were too dim chances for them to be in the semifinal but After Ind vs Afg, the tables look entirely turned.

It is highly assumed that the Board of Control of Cricket in India (BCCI) paid Afghanistan Cricket Board (ACB) to boost their NRR.

There were a few sights that confirm match-fixing to the watchers. For instance, Kohli's voice at the time of toss to Nabi, in which he has directed the Afghan skipper to bowl first, is the first sight from where the watchers suspected foul play.

Later on, multiple misfields, dropped catches, similar deliveries to which the bowlers were getting boundaries, were a few of the aspects that the lookouts notice to use a trump card for match-fixing claims.

Also, a large group of people has compared Afghanistan players' reaction on losing to India that was way different when they lost their last match to Pakistan. Moreover, not playing Mujeeb ur Rahman, who has vast experience of playing in IPL conditions, was eliminated.

Many understand that Asghar Afghan chose to retire instead of selling his country for a few pounds as 'heartbroken' after losing to Pakistan is not a satisfactory comment to hear.

You either retire or sell your nation pride for money Asghar Afghan choosed Retirement 🇦🇫♥️#INDvAFG pic.twitter.com/cON8jPl4FQ