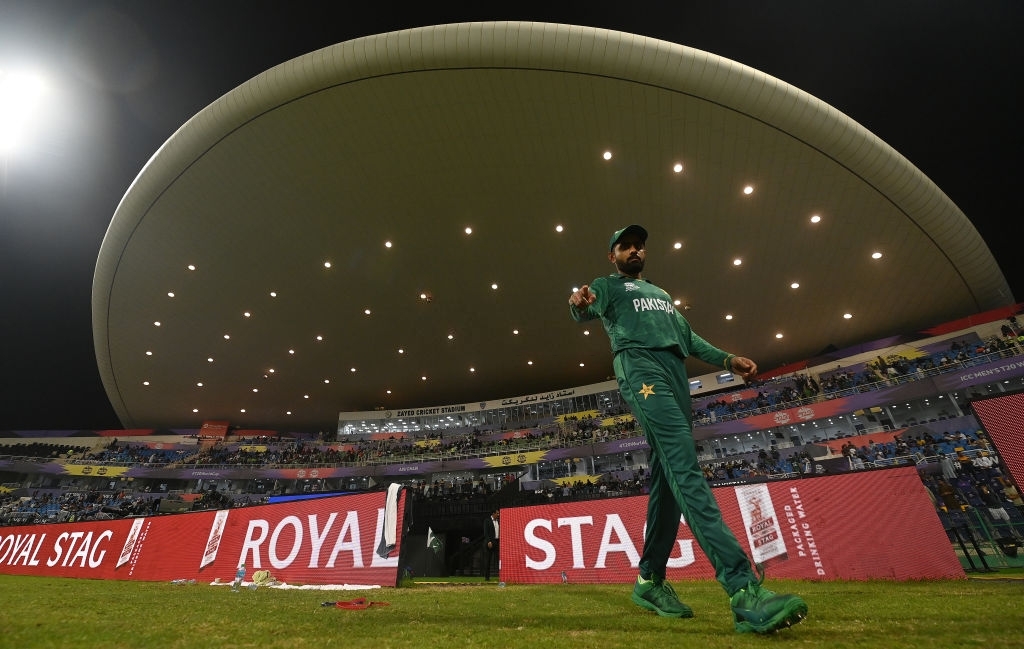 Pakistani captain, Babar Azam has registered another record in the record book of the ICC T20 World Cup. Standing in his first-ever release of the big event, he has slammed three half-centuries in the four matches played yet.

Pakistan are having a mighty beginning to their T20 World Cup 2021 campaign. At first, they thumbed up by 10 wickets against India and then gave critical hours to Kane Williamson's New Zealand. Targetting Afghanistan next, the next target look Namibia at the time of writing as Azam and co have put up a mighty total of 189/2 on the scoreboard.

Azam, in red-hot form, contributed with 70 runs off 49 balls. His majestic inning included seven fours making him the first-ever skipper in the years-long history of the T20 World Cup to register three half-centuries in a single edition. A number of captains have done it twice in the event but none of them surpassed two half-tons - Shoaib Malik (2007), Chris Gayle (2009), K Sangakkara (2009), Asghar Afghan (2016) are the notable names of the list.

Earlier, Azam became the fastest to 1000 T20I runs as a captain breaking the prior record of India's captain, Virat Kohli. He achieved the feat in only 26 innings whereas, Kohli took 30 innings to do so.

Moreover, after slamming a fifty versus Namibia today, Babar now owns most T20I fifties (14) as a captain. He has left Kohli behind in this record as well who has 13 T20I half-centuries. Notably, it took 44 innings for the Indian captain to achieve the feat whereas, Pakistan's batting sensation reached the milestone in only 27 innings which also makes him fastest to the record.